On April, 13th 2021, the 2. Online Project Meeting (via WebEx) was held, to present the current result and the progress of the project in a publicly accessible session.

At the beginning, Ilire Hasani Mavriqi gave an overview of the activities of the FAIR Data Austria project and the associated challenges. Sabine Neff then presented the Cluster Forschungsdaten, highlighting the first results and achievements of RIS Synergy. This was followed by a presentation of Austrian DataLab and Services (ADLS) by Constanze Rödig, in which the realisation of an inter-university cloud infrastructure for data and computing applications in Austria is being advanced in research and teaching.

The following presentations were dedicated to the latest developments in FAIR Data Austria:

We are pleased about the great interest in FAIR Data Austria! We thank you for the numerous participation and feedback, and look forward to seeing you at our upcoming events!

There are strict requirements at TU Vienna that projects must be registered in the project database – that’s why we focus on it in the first phase. There is a feature planned, that you can create a custom project which is not in the project database. Please keep in mind that the less you integrate with existing data sources, the less you can benefit from automation and pre-filling.

This is related to question on digital preservation: how long should the data be kept. Embargo periods are also in the tool.

Source code will be available. The power of the tool lies in the close integration of the services of the institution where the researcher works. In principle, it is possible to offer a hosted version of the tool for everyone, but it will miss some features.

Invenio 2 is used by Zenodo. InvenioRDM will become a future basis for Zenodo. The InvenioRDM instances at TU Graz and TU Vienna are independent. Our developers took part in sprints organised by CERN to help out with the development, hence we got a lot of under-the-hood knowledge that helps us in customising/developing our own systems. Both TU Graz and TU Vienna use the latest version of InvenioRDM and will be updating regularly.

This depends on the workflows and polices defined and is work in progress. With the help of our Data Stewards we will define what are valuable data that can be archived.

TU Vienna: In the first phase only, the researchers of TU Vienna will be allowed to deposit the data, everybody will be able to view/download the data (depending on the access permission selected by the depositor).

TU Graz: We are planning to allow the access of members outside TU Graz. This will be helpful for collaboration projects.

Both universities are happy to share their knowledge with other institutions interested in setting up their own repository.

The system itself is institutional, but we are building an Austrian community with developers and support staff. The collaborative implementation and exchange of knowledge makes it national.

Authentication is a big topic and also relevant for other projects (including EOSC). When developing the repositories, we have to depend on what is available and on other projects. In the long term, we will develop a mechanism to allow for deposits from outside of the institution – we are aware of this requirement, but this requires broader collaboration and other developments.

By minting DOIs, our systems submit metadata to Data Cite – thus the information on contents is transferred to major hubs. In turn, contents of our repositories should be easily findable on the internet, so for now there is no need for a central search portal. One of the next features on our list is the support of schema.org and google dataset search. 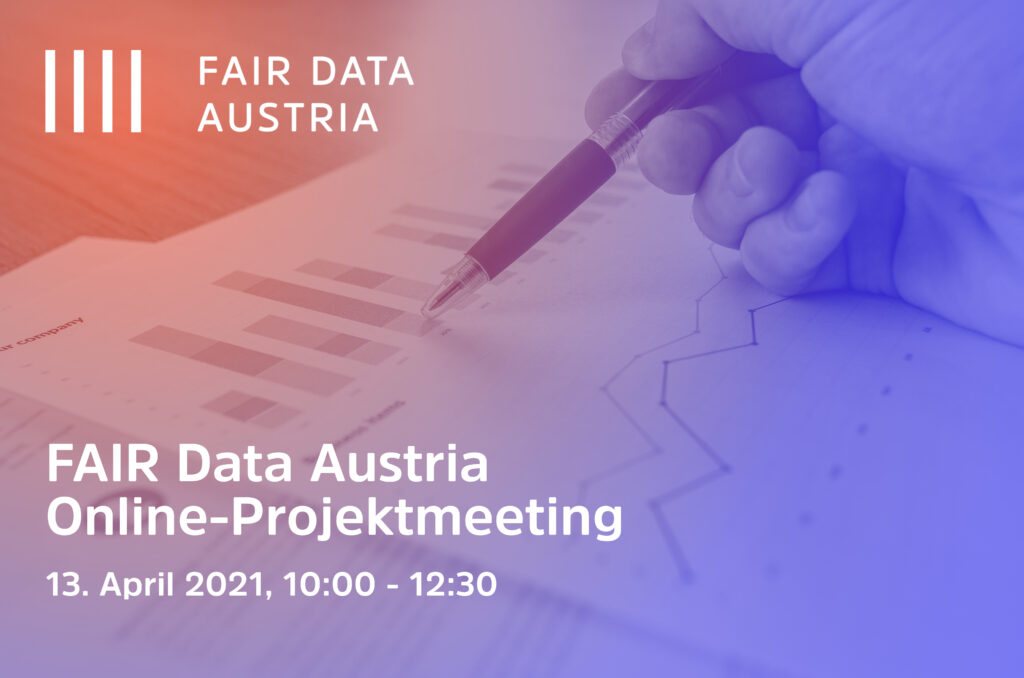