On November 23, 2020, an online project meeting (via WebEx) was held, first, to inform members of the Cluster Forschungsdaten, associated partners and all researchers and support staff at Austrian universities about the main aspects and recent results of the project (in an open session for public) and second, to discuss with project and cluster team members the current status of the project and further course of action (in a closed session).

After a short welcome by Ilire Hasani-Mavriqi, Tony Ross-Hellauer and Elisabeth Rieger, a short presentation of the digitalization project at TU Graz by Vice Rector for Digitalization Claudia von der Linden followed.

Ilire Hasani-Mavriqi then gave an overview of the FAIR Data Austria (FDA) project. Before the event, participants were asked to answer the question “What do you associate with the FDA project?” in a slido survey. The result of this survey was given back to the participants in the form of a word cloud.

After this introduction, different presentations were given on different technologies:

Finally, a two-question survey was conducted via Slido with the following questions, aiming to engage interested participants in the project:

The feedback from the participants was positive throughout. The majority found the event very informative and well organized. Many stated that they had obtained a good overview of the project results.

In the second part, three breakout rooms were set up at the beginning, where the WP leaders (Room 1: maDMPs (Tomasz); Room 2: WP 3 (Ilire); Room 3: WP 5 (Tereza)) were to work out the lessons learned and the current status. The aim of the discussion within the work packages was, on the one hand, to discuss open questions, and on the other hand, to agree on goals to be achieved or which goals are achievable, but also on what cannot be achieved within the framework of the respective APs. After 30 minutes of group work, the results were presented and discussed in plenary.

Finally, in a concluding feedback round, cooperation, communication and organization were discussed and a few suggestions for improvement were made. 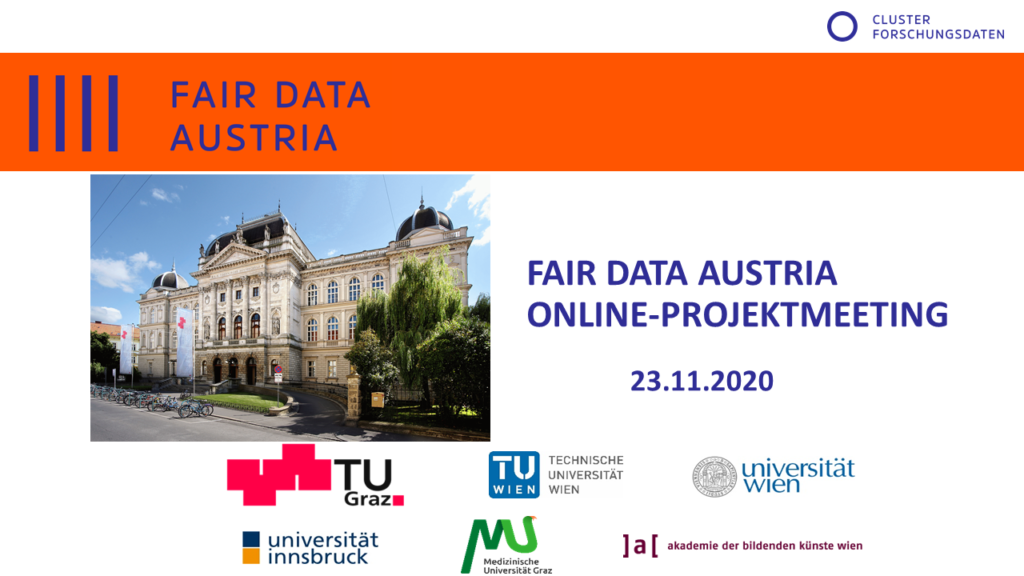